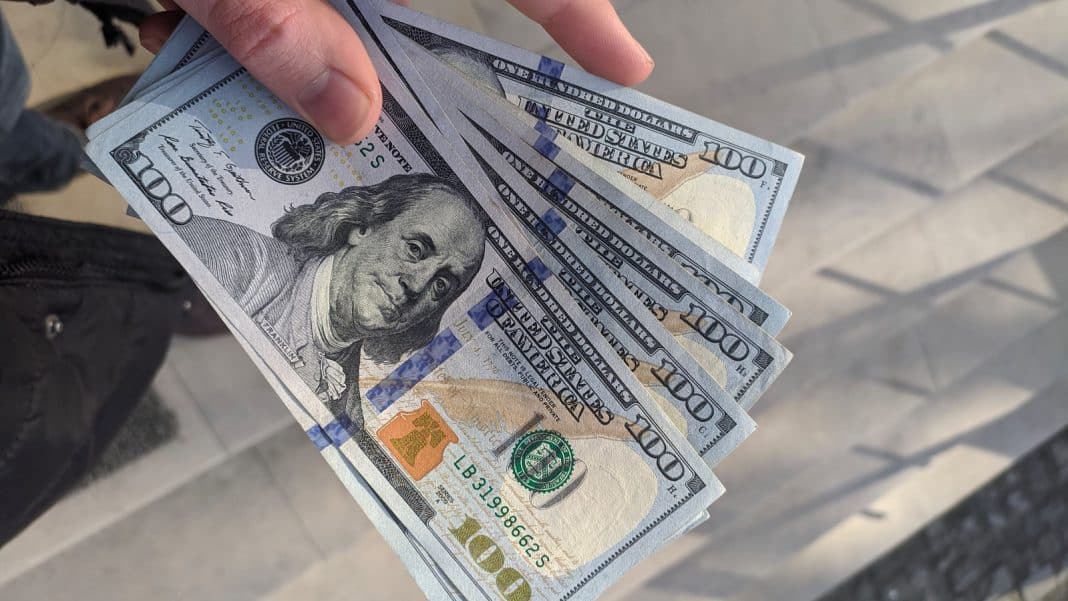 Mid-term elections are approaching in the US, and so too is the start of the nation’s debt repayment scheme. On 1 May, those with student loans are expected to start repaying monthly sums, yet 93% of borrowers say they are not ready.

The deferral of student loan repayments began in March 2020, when then-President Donald Trump signed the CARES Act into law which put a pause on payments until the end of September 2020, and additionally put a stop to interest rates for approximately 42 million borrowers.

According to the US Federal Reserve, it is estimated that in the last quarter of 2021, $1.7 trillion was owed by Americans for student loans.

Students of colour take on debt more often than their peers, and also have to contend with disproportionate difficulties to pay it back.

The issue now is that the mid-term elections coincide with the start of the debt repayment, putting pressure on Biden to either prolong the moratorium yet again, or suffer backlash in the political arena.

There are diverging thoughts on the matter, but a commonly held view is that continuing to delay the debt repayment, or cancelling it entirely, would suggest to voters that the pandemic still has a grip on the US – a prominent concern considering the record levels of inflation and the rising cost of living felt in many countries around the world.

Reminders of the economic pressure that everyday Americans are facing don’t bode well for Biden whose approval rate currently sits at roughly 43%.

Marcela Mulholland, political director of Democratic-aligned think-tank ‘Data for Progress’ said, “Once you give people something, it’s hard then to take it away, even if it’s done under extreme and unique circumstances.”

A survey from Data for Progress revealed that 59% of likely voters “strongly support” or “somewhat support” extending the moratorium until the end of 2022, whilst 33% “somewhat oppose” or “strongly oppose” an extension to the pause.

Key to note is that Biden’s approval rating has fallen amongst many voter groups in his first year of office. For Black voters, it declined from 83% to 64%; Latinos, 59% to 48%; women, 61% to 51%; and the 18-34 age group, 56% to 40%. In order to maintain political strength, Biden will have to alleviate apathy and disillusionment among these groups.

The political and social storm rising from the upcoming elections impacts all students with loans, but more specifically, minority groups – whose support Biden relied on to get elected.

National director of the NAACP Youth & College Division, Wisdom Cole, commented that issues Black voters feel are important, often suffer the most obstacles to resolution in Congress – further extending the repayment plan would therefore be a measure that would support Black students, and likely help his approval rating.

Despite promising to offer student loan ‘forgiveness’ in his election manifesto in 2019, Biden has been reluctant to go further by cancelling student debt completely. This may catalyse negative sentiment from two huge sections of the Democratic base: college students and Black voters – of whom 61% and 90% voted for Biden in 2020, respectively.

Student debt is a complex issue that is also being discussed in countries like the UK; ensuring the future workforce is educated in necessary skills for their jobs is stacked against accessibility and financial issues that disproportionately affect certain groups of the population. The issue over whether to cancel debt shows that the Democratic party is still internally divided on many topics – stepping one way or the other may prove to be costly, but Biden may lose more support by refusing to make a choice at all.

In the meantime, students will live with uncertainty over the financial burden of college and the ongoing pressures of the Covid-19 pandemic. Positive results for Biden in the mid-terms will require Democrats’ continued faith in him – something that is weakening in the minds of many students.

UK universities fear a reduction in the number of Chinese pupils...