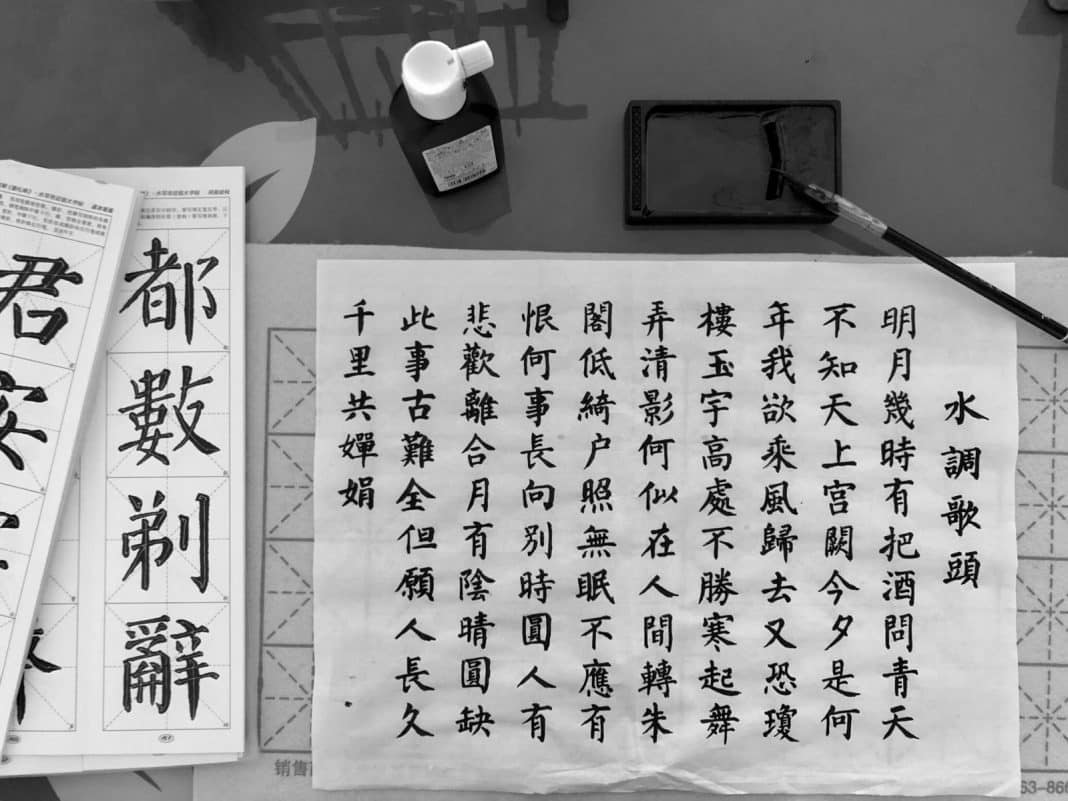 If asked to guess which foreign language Ugandan students are most keen to learn, Mandarin Chinese may not be your first answer.

Located 5,000 miles away from the Asian superpower, Uganda is a small African country that rarely makes international headlines. But with China potentially poised to overtake the US as the world’s largest economy next year, Ugandan students are racing to familiarise themselves with the most-spoken language on Earth.

China was one of the first countries to recognise Uganda following its independence in 1962, and the two countries have enjoyed warm relations ever since.

Chinese capital has paid for much-needed infrastructure in Uganda, including the Mandela Stadium, home of the Ugandan national football team, and a highway linking capital city Kampala with Entebbe International Airport, Uganda’s largest airport. Amid a steady increase of Chinese investment into the country, the nations’ leaders pledged in 2018 to strengthen bilateral cooperation.

An influx of Chinese business and investment could be one way to boost a sparse job market. An astonishing 87% of Ugandan graduates were unemployed as of 2017 and, with nearly half of Uganda’s population under the age of 14 according to the World Bank, even more jobs will need to be created in the coming years.

Promoting the Chinese language is one way to encourage Chinese businesses to set up shop in Uganda.

The government has recently launched an initiative to make Mandarin lessons compulsory in high schools, starting with a pilot phase in 35 schools, and with plans to roll it out to all schools once resources permit it. The Chinese government has responded well, providing textbooks and some tutors to aid the scheme.

Uganda’s National Curriculum Development Centre has estimated that 60,000 Ugandan students will have learned to speak Mandarin by 2023.

Students look to Mandarin as the language of the future

Universities must now prepare themselves for the Mandarin-savvy next generation of students. But the current generation are also wising up to the opportunities offered by China.

The country’s first Confucius Institute, located at Kampala’s Makerere University, opened in 2013 and has been instrumental in improving visibility of Chinese culture and language in the country. In March this year, it brought Mandarin language lessons to Ugandan television on Sunday nights; the show, titled ‘Let’s Talk Chinese’, features one Chinese and one Ugandan presenter sharing the basics of Mandarin language learning with the audience. It has also sent teachers to Ntare School, 270km from Kampala, to meet demand for Mandarin lessons in the west of Uganda.

Due to Mandarin’s inclusion on the Ugandan school curriculum, those who graduate from the institution can look forward to bright job prospects in teaching Mandarin where many of their peers may struggle to find work.

Several prestigious competitions have sprung up to test students’ grasp of the language and incentivise fluency. Since 2015, Uganda has hosted an annual ‘Chinese Bridge’ language competition for university students. Participants that reach the final must make a speech in Chinese, partake in a Q&A session on China, and perform in a Chinese culture talent show. Finalists are given prizes, with the runner-up and winner being rewarded with an all-inclusive trip to China to watch or participate in the global competition – a huge opportunity for any student, but especially valuable when jobs are so scarce for graduates.

Uganda’s state-owned newspaper, New Vision, has also launched an annual series of competitions based on Chinese-Ugandan relations, in which all finalists win a fully-paid trip to China.

‘Soft power’ is a key pillar of China’s Belt and Road Initiative, which seeks to assert Chinese influence across continents through trade and investment in the same way that the historic Silk Road once did. It has been a controversial strategy, particularly in Africa, where it has been accused of ‘colonising’ the continent by putting countries deep into debt.

There have been 61 Confucius Institutes built in Africa across 46 different countries since 2000, while China has dramatically expanded its opportunities for international students. In 2015, the Chinese government pledged to offer 30,000 Chinese university scholarships to African students by 2018, a target it is believed to have met. As a result, the number of African students in China has ballooned from just 1,800 in 2003 to over 81,000 in 2018.

China is now the second most popular destination for African students to study abroad, ahead of the UK and US (approximately 40,000 each), and behind only France (95,000).

Only 111 Chinese scholarships were offered to Ugandan students in 2019, but this still marks a 59% increase on 2018. Another 500 students are offered the opportunity to take short training courses in China each year. With Uganda’s disproportionately youthful population, and the rapidly expanding scale of China’s African scholarship programme, these numbers will surely grow in the future.

While there have been reports of racism towards African students in China, as well as concerns around the quality of Chinese higher education, the advantages are generally considered to outweigh the disadvantages. Chinese universities generally offer superior facilities to domestic options, especially in terms of technology available, and there are plenty of university places, whereas many African countries are unable to keep up with internal demand for higher education. China’s government scholarships pay for the cost of tuition, medical care and living expenses, making it cheaper than domestic study options.

Most importantly for those who want to add Mandarin to their academic arsenal, however, is that studying in China offers unmatched opportunities to learn Mandarin. Language lessons are a mandatory part of higher education study for international students in China, and for some courses – including medicine – students have to undertake internships in their field of study. Although this can pose a challenge, the practical application and regular practice allows students to rapidly learn the language.

Only time will tell if Mandarin truly is the language of the future for Ugandan students, and indeed whether China’s ‘soft power’ strategy pays off. But for today’s students learning Mandarin, the future looks bright with opportunity.