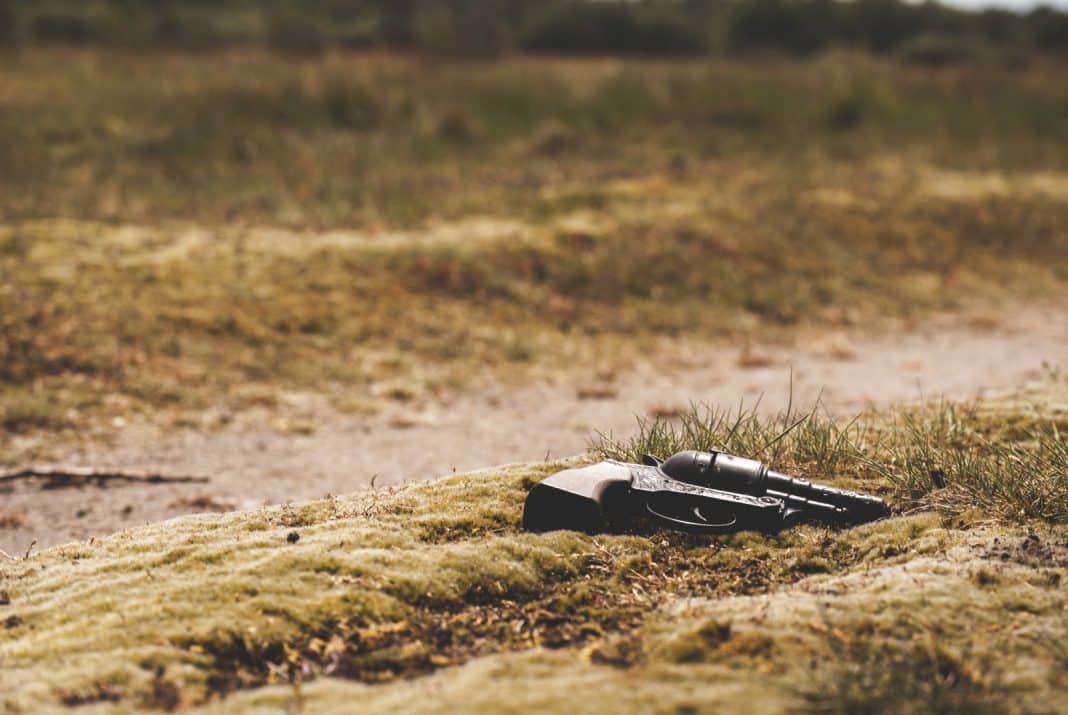 It’s April 30th, 2019. The last day of the semester at the University of North Carolina, Charlotte. A gunman walks into a classroom and opens fire on students, killing two and injuring four.

“I just went into a classroom and shot the guys,” he told reporters, as police led him into custody. He was a 22-year-old student at the university.

Just two days later, a fight breaks out in a student apartment complex across the road from the university, and one person is killed.

Fast-forward to August 28th. Police storm into the bedroom of a student at North Carolina’s High Point University and arrest him. Recovering ammunition and two firearms from his dormitory, the freshman tells police he was planning a mass shooting on the campus. He is 19 years old.

In just four months, two universities in North Carolina found themselves in the wake of shootings, deaths and arrests of their own students on campus. Despite state law prohibiting any person to possess or carry an open or concealed weapon on educational settings, three students at North Carolina University lost their lives to gun crime within days of each other – and many more could have died if not for an intervention.

Since the Columbine High School massacre in 1999, schools and universities have regularly been the backdrop for massacres. Tragedies such as those in North Carolina echo back to Virginia Tech, the deadliest school shooting in US history. When 23-year old Seung-Hui Cho murdered 27 students and 5 faculty members in 2007, gun laws were re-examined on a national scale. In response, the federal government passed the first gun control law the country had seen in over a decade; to keep weapons out of the hands of those with mental illnesses.

The bill was instantly met with approval, as it aimed to ‘prevent gun violence, but maintain the Second Amendment Right of law-abiding citizens’ – a right heavily debated and fiercely protected by the American public in the aftermaths of all school shootings.

However, gun violence has not been prevented. According to MotherJones, 115 mass shootings* have taken place in America between 1982 and 2019, with over 60% of these happening after the post-Virginia Tech gun control bill. Additionally, safety measures such as ‘gun-free zones’ are widely disputed.

What do students think about guns?

According to College Pulse, college students are less likely to believe that gun ownership is essential to their freedom. However, their recent survey on students’ views on guns highlighted a considerable gender gap – perhaps unsurprising when considering that all but four of the mass shootings since 1982 have been carried out by men.

45% of male students agreed that the ability to purchase and own a firearm is ‘essential to their freedom’, compared to 18% of female students.

In addition, the study found that female students are most likely to favour gun-control laws. 83% supported banning assault-style weapons, compared to 41% of male students.

College Pulse also saw a gender divide on whether guns promote a safer community. Nearly half of all male students, (47%) believe guns generally makes a community, such as a college campus, safer, whereas just 20% of female students agreed. More than double this number (41%) would consider transferring schools if students were allowed to carry guns on campus, yet only 23% of male students felt this way.

The statistics suggest that young men are overall significantly more in favour of guns than young women. Notably, this substantial gender gap aligns with the gendered statistics of mass shootings. But why? And when does gun culture become a catalyst for mass student violence?

Recent studies suggest its relationship with college culture and traditional ideas of masculinity are primary causes.

Whilst the motives behind every mass shooting are different, the commonality found is a perceived threat to masculinity. Professor Dave Wilson, a criminologist at Birmingham City University, states that men manage their “catastrophic loss and self-esteem” worse than women.

As a result, Northeastern University criminologist James Alan Fox believes men are more susceptible to violence, in order to reclaim their masculinity and to ‘show them who’s boss’ – a narrative found in the Isla Vista Killings of 2014.

When Elliot Rodger, a 22-year old college dropout killed six and injured fourteen near Santa Barbara’s university campus, his misogynistic motivations became a pivotal example of male grievance culture. Sitting in front of a camera in his black BMW, he complained about his involuntary virginity and revealed his “retribution” on the society that had “denied” him sex and love.

This phenomenon is studied by Eric Madfis, Criminal Justice Professor at the University of Washington Tacoma. In his work, Madfis draws parallels between the intersections of identity and grievances to male violence. He says, “Mass killings are fantasised about as a masculine solution to regain lost feelings of control,” and adds that feelings around a lack of control often arise from social and sexual failures.

For Rodgers, the inability to perform his masculinity in ways heralded by campus culture, such as hypersexuality, was a driving force for the massacre – a desperate and destructive attempt at proving his masculinity.

Over the years, political conversations around guns on campus have focused heavily on ‘gun-free zones’ – an approach adopted by most educational institutions to deter gun crime.

In theory, gun-free campuses eradicate gun crime in an environment where gender roles are often highlighted, alcohol can bring about certain expectations, and exam pressures can push students to the brink.

But this is disputed by those on both sides of the gun control debate. Those who support gun control feel it does not go far enough, and that further controls on gun ownership are needed to keep campuses safe. Gun advocates meanwhile claim that it makes colleges easy targets and invites mass shootings – a viewpoint advocated by pro-gun Florida State Rep. Anthony Sabatini.

“The Second Amendment makes us safer,” he wrote on Facebook, “Gun control and gun-free zones are a dangerous sham based on cheap emotional appeal.” For Sabatini, the more weapons there are on campus, the less likely a student will die in a mass shooting.

Due to different state laws on firearm policies, research into the policy’s effectiveness produces slippery results. A nationwide database on gun-free zones does not exist, so analyses are unclear and contradictory. However, recent studies into the patterns of school shooters examine the cultural stressors of both college and hypermasculine identity.

Recent studies conducted by the National Institute of Justice found that mass shootings typically occur in April, the most stressful part of the academic year. Tighter security systems around this time may deter gun-violence.

Instead of debating the legitimacy of gun-free zones, a focus on improving mental health systems at universities can be considered a top priority. The study found that most school shooters had been suicidal prior to the killings. For young men especially, speaking out and getting help remains a cultural taboo and is particularly stigmatised in hypermasculine settings.

Preventing student shootings is clearly a bigger task than simply introducing gun-free zones. Whilst a zero-tolerance approach undoubtedly helps, in modern-day America there is always a risk that guns will find their way onto campuses, and into the hands of angry students to kill their peers. But examining why America’s young students – especially male ones – fall victim to that anger may be a productive place to start.