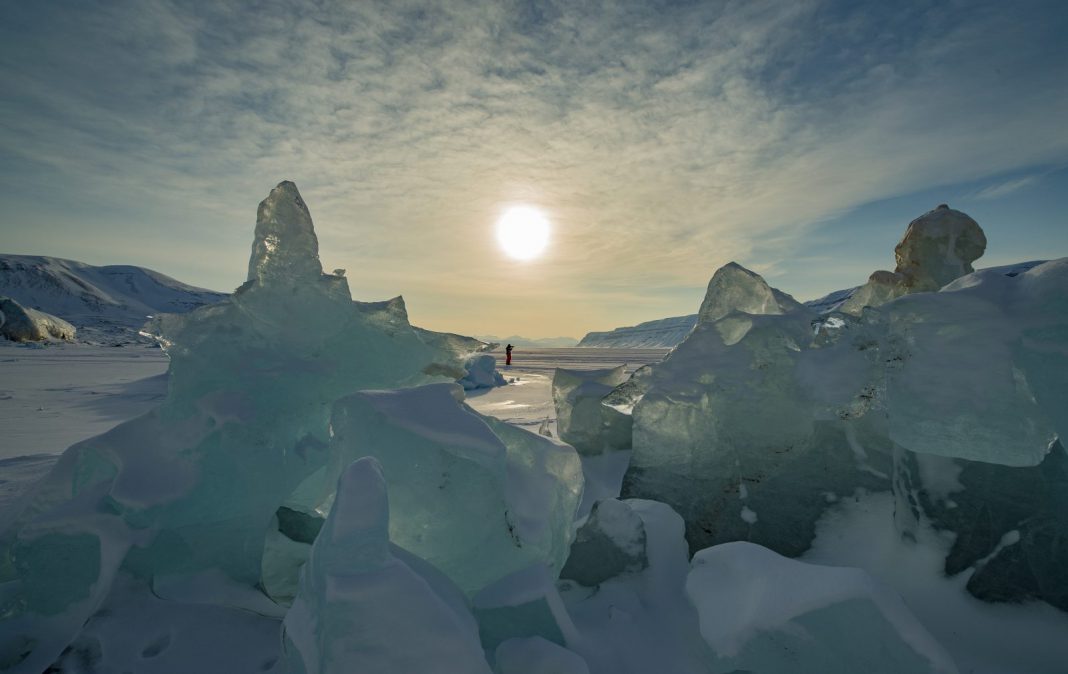 Snowy tundra may look beautiful, but living above the Arctic Circle can be a real challenge. Just four million people live within the Arctic, and many areas within it – such as Greenland, or Canada’s Northern Territories – are sparsely populated.

The chilling temperatures bring obvious limitations, but these latitudes have other major issues. Some areas experience several uninterrupted months of midnight sun in summer, which has been linked to high rates of suicide in Arctic communities.

Landslides, storms, and melting ice have all caused problems, ranging from houses being damaged to life-threatening mini tsunamis.

Then there are little-discussed everyday issues. Take recycling. It may sound like a comparatively niche concern, but the city of Iqaluit – capital of the Canadian province of Nunavut – experienced a three-month toxic fire at its dump, caused by spontaneous combustion. This was due to a lack of rubbish sorting, the cost of which can be prohibitive in these regions.

The difficulties of living in this climate mean that only a handful of institutions operate above the Arctic Circle, primarily in Russia and Norway. The most northerly university is Norway’s University of Tromso, which has 16,000 students enrolled at present.

The world’s most northerly campus

But for those who want to get even closer to the North Pole, university-level courses are also available to take at the University Centre on Svalbard (UNIS), also in Norway.

Svalbard is a collection of islands that sits almost equidistant between the Norwegian mainland and the North Pole. Traditionally, Svalbard has been home to the coal-mining industry; but with mining companies under financial and environmental pressure, the community has begun to encourage tourism and research opportunities.

The region’s largest settlement – and the most northerly town in the world – is Longyearbyen, where the University Centre is located. It has a population of 2,200 people, as well as the 600 students and 75 staff at UNIS.

Although UNIS doesn’t yet award its own degrees, it hosts courses and research opportunities for students studying at other universities. These courses can last for several weeks, or a whole semester, and all of them are taught in English.

Due to its remote location, it specialises in Arctic sciences; the only four disciplines offered are Arctic biology, Arctic geology, Arctic geophysics, and Arctic technology.

Beware of the bears

New students fly from either Tromso or Oslo into Svalbard Airport, which is just three miles away from the UNIS building.

But before they can get learning, they have to take safety and firearms training

Nearly 3,000 polar bears live across Svalbard, outnumbering its human inhabitants. While in adverts they may look cute and cuddly, or even dance with squirrels, in reality they’re the largest predator to actively hunt humans. On top of this, the effects of climate change have left many bears starving – and a hungry bear is more likely to attack.

While polar bear attacks and deaths are uncommon (the last death was in 2011, when a 17-year-old Eton College pupil was killed), residents must take rifles with them when they leave Longyearbyen.

In the summer, the students’ safety training lasts only a day, but it’s longer for students starting their studies late on in the year. In addition to learning rifle skills, autumn and winter students learn to swim in the fjord in a survival suit.

UNIS provides affordable accommodation for students, who have two options for their living arrangements: Nybyen, a set of renovated mining barracks on the edge of Longyearbyen that are half an hour’s walk from the UNIS building; or Sjøskrenten, a newly-built set of halls with 88 beds – some en-suite and some with shared bathrooms – that’s just five minutes away.

While there are cars, taxis, bicycles and even buses in Longyearbyen, more exotic transport options include snowmobiles, which are plentiful, and dog sleds. These are the only ways to travel beyond the town and reach the Russian-operated mining towns of Barentsburg and Pyramiden, the latter of which closed down in 1998.

For food, there’s a supermarket along with a Thai shop that offers a wide range of instant ramen for the discerning student. There are also a range of dining options – although these don’t come cheaply. Despite being so remote, the town is keeping up with culinary trends: the supermarket offers sections for those with restrictive diets, and restaurants are increasingly happy to provide gluten-free, vegetarian and dairy-free options.

Medical facilities in Svalbard are limited

Its one hospital is small, ill-equipped and only used in emergencies. Those who need treatment are flown to the mainland. Because of this, students at UNIS must confirm that they are fit and healthy before beginning their course.

Students who have studied here tell of the “friendly and cosy” atmosphere at UNIS, where students “run around in socks all day” having removed their heavy snow boots when entering the building, in accordance with local tradition.

Their extra-curricular adventures are very different to most students’. In winter, they can learn to ski under the Northern Lights; in summer, there are midnight barbecues and hikes in the midnight sun.

Yet it’s not all fun and games – everyday concerns such as eating become more complicated when you’re this far north. As fruit and vegetables are unable to grow in Svalbard, food must be imported from the mainland, meaning students have limited options for dining. Even basic food supplies can be limited in stormy winters; in the harsh winter of 2017, the supermarket completely ran out of eggs.

One pleasant bonus for students is that alcohol is tax-free, and therefore far cheaper than on the Norwegian mainland – providing one way to pass the winter.

Higher education experience above the Arctic Circle is very different to most, and those longing for an easy life and creature comforts may struggle to adapt. But most students that study in these conditions love it – which is why so many of them return to take further modules.

Learn more about the University Centre on Svalbard (UNIS).